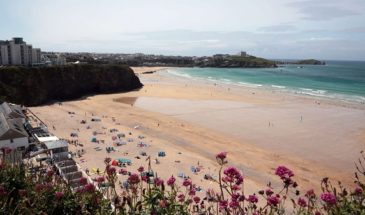 Please login to add your wishlists.
From £25.00
0 out of 5
Trip Enquiry
Trip code NEWQUAY

Newquay  is a town on the north coast in Cornwall, in the south west of England. It is a civil parish, seaside resort, regional centre for aerospace industries, future spaceport and a fishing port on the North Atlantic coast of Cornwall, approximately 12 miles (19 km) north of Truro and 20 miles (32 km) west of Bodmin.

The town is bounded to the south by the River Gannel and its associated salt marsh, and to the north-east by the Porth Valley. The western edge of the town meets the Atlantic at Fistral Bay. The town has been expanding inland (south) since the former fishing village of New Quay began to grow in the second half of the nineteenth century.